Vail Communications and Public Safety acquired a mobile communications unit from Nomad in 2014. On October 1, 2016 the unit was involved in an emergency response exercise simulating a haz-mat incident involving a semi-truck rollover. This exercise involved 16 different agencies including Eagle County Office of Emergency Management, Town of Avon, Avon Police Department, Eagle River Fire Protection District and more. Coordinating communications between different groups during a crisis can be challenging, but complications can be reduced when responders have an opportunity to prepare before a real incident occurs.

The Vail mobile communications unit has provided support to several events including:

These incidents require communications between many agencies. Nomad specializes in designing advanced communication systems that are interoperable so communications are seamless during a multi-agency response.  The Vail unit is equipped with radio communications, CAD, computer and phone voice over IP telephone service via satellite, as well as connectivity to tie its computer systems back to the main communications center in Vail. 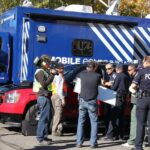 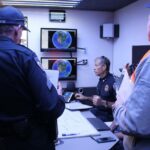 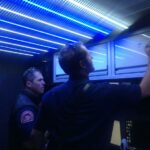 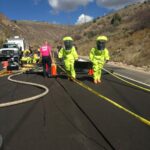